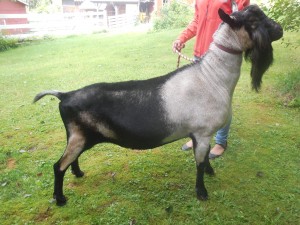 Nikola, called “Nick” was our exciting addition for the 2014 breeding season. While his pedigree features prominent contemporary French Alpines on both sides, he was chosen more specifically for the body type we recognized on both dam’s and sire’s sides, which we felt would best complement that in our herd. In addition, there are several animals in his immediate pedigree, including his dam, Note, his paternal grand dam Anzella, and her sire, Sulten, whom we have long admired. We were also very pleased that Nick carries genetics for outstanding production through his maternal grand sire, Schwarzee. We felt that Nick would be an excellent choice for the outcross the herd has needed.

We were thrilled when we finally laid eyes on Nick. He is extremely sharp, dairy and stylish, with a beautiful topline, level rump, and excellent set to his rear legs. He is tall and long-bodied.

Nick is very consistently throwing his type in his offspring. What is most striking about them as a group is their great length of body and levelness over the topline. They are tall in stature, and show their sire’s rear leg angulation. His first two daughters freshened in 2017 with high and arched rear udders, with fore extension similar to their dams’.

Photo above is Nick at age 3. 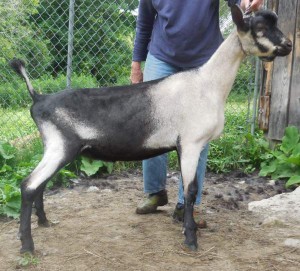 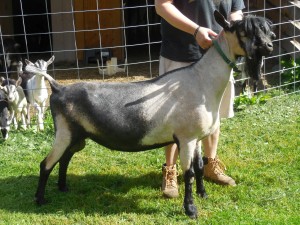 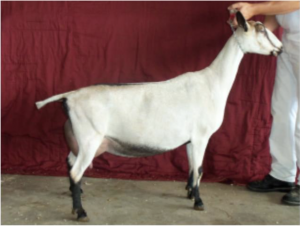